Today’s H1N1 flu — commonly known as the swine flu — appears to be a direct descendent of the influenza virus that caused the catastrophic 1918 pandemic, a new analysis shows.

Genetic data drawn from 1918 flu samples recently discovered in Germany suggests that all genomic segments of the seasonal H1N1 flu could be directly descended from that terrible initial strain, the researchers said.

“The subsequent seasonal flu virus that went on circulating after the pandemic might well have evolved directly from the pandemic virus entirely,” said senior researcher Sebastien Calvignac-Spencer, an evolutionary biologist with the Robert Koch Institute in Berlin.

If correct, this new theory contradicts other hypotheses that have held that today’s seasonal flu emerged through different viruses sharing their genetic code, the study authors noted.

This study began when Calvignac-Spencer and his colleagues uncovered a rare set of lung tissue specimens dated between 1900 and 1931, all preserved within the Berlin Museum of Medical History and the Natural History Museum in Vienna, Austria.

From those lung specimens, the investigators were able to develop a complete flu genome from a sample collected in Munich in 1918, as well as two partial flu genomes collected in Berlin that same year.

“These data are important,” Calvignac-Spencer said. “The 1918 pandemic affected more than half of mankind and killed 50 to 100 million people, but at the time we started this work there were only 18 specimens from which sequences were available and only two complete genomes, and most from the US,” he explained.

Applying a “molecular clock” model, the researchers compared the 1918 flu genetics to those of today’s seasonal flu.

The team found that seasonal H1N1 and the 1918 viruses “cluster together,” indicating that the initial strain of influenza continued to evolve on its own in humans, birds and mammals rather than combine with other viruses, eventually becoming one of today’s major flu strains.

For example, the 1918 influenza was known to have entered the pig population during that pandemic, and was maintained as a flu strain that only affected swine, said co-researcher Thorsten Wolff, head of influenza and respiratory virus research at the Robert Koch Institute.

Then in 2009, that strain jumped back into humans, creating that year’s swine flu outbreak, Wolff said.

The team’s findings were published online Tuesday in the journal Nature Communications.

The work of these “viral archeologists” helps explain why the 2009 swine flu varied in how it affected younger people worse than older folks, said Dr. William Schaffner, medical director of the National Foundation for Infectious Diseases.

“That was a virus that hit more children and middle-aged and young adults,” Schaffner said. “In contrast to what flu usually does, which has its greatest impact on older people, older people were spared, relatively speaking,” he noted.

“There were data generated at that time suggesting that was because they had experience, some of them, with either this early H1N1 virus that goes back to 1918 or its successors,” Schaffner continued. “And so these data fit very nicely into those epidemiologic investigations.”

It also helps explain why the worst flu seasons tend to come when the H3N2 “Hong Kong” influenza strain is dominant, since it’s a newer strain against which people have less natural and vaccine-developed immunity, Schaffner added.

“The current influenza vaccines that we’re using work better against the H1N1 strains than the H3N2,” Schaffner said. “Obviously this virus has mutated and picked up genetic elements from swine and from birds so it’s not the identical virus, but it’s clearly a progeny, one of the grandchildren or the great-grandchildren.”

There is evidence that the 1918 flu evolved during successive waves of that pandemic, much as the COVID-19 coronavirus has done during the modern pandemic, Calvignac-Spencer said.

Calvignac-Spencer and Schaffner both cautioned that influenza and coronavirus come from two entirely different and unrelated families of virus, so it’s hard to draw direct lessons from what happened in 1918 versus today.

However, Schaffner noted that more recent COVID strains like Omicron tend to be more infectious but produce somewhat less severe disease in people who’ve been vaccinated or previously infected.

“So there may be something roughly analogous going on with COVID,” Schaffner said. “There’s a general truth — the more we learn about viruses and how they function, we’ll be able to make even better vaccines going into the future.”

The US Centers for Disease Control and Prevention has more about the 1918 flu pandemic. 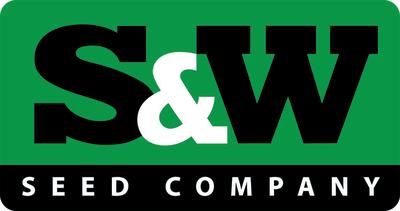